Almost two years after the beginning of the “Arab Spring” Egypt has back in deep winter. Many Egyptians feared an extreme move on behalf of the Brotherhood but few expected Mursi to act in such an unscrupulous way, attributing himself executive, legislative and judiciary powers simultaneously, something that even Mubarak hadn’t dared to do. Even though the neo-elected president tried to pass such measures as necessary in order to safeguard the revolution, for most Egyptians it’s a serious and unacceptable abuse of power.

After three decades of the Mubarak regime, Egyptian people are not willing to accept an Islamist regime ruled by the Muslim Brotherhood who certainly cannot claim to be representative of the people of Tahrir square.

The deep fracture in the Egyptian population is undeniable and clearly evident in the clashes of the last few days. Several offices of the Brotherhood have been raided, Tahrir square is once again filled with protestors and the police is using the same repressive methods used by Mubarak; the result is two dead and hundreds of wounded.

However, Mr. Mursi  doesn’t seem to be aware of such events, at least according to his interview released to Time Magazine on November 28th   where he claimed that 80 or 90 percent of the Egyptians are with him. The Brotherhood’s supporters  claim that Mursi  has the right to take such decisions since he was democratically elected; their stance is unsurprising, but Mursi’s fans tend to forget that being democratically elected isn’t enough to justify an abuse of power.

In addition, there is another considerable element; according to Nena news, Mursi was voted by only 51% of the people that went to vote in the second turn, receiving about 13 million votes in a country of 80 million people and, in addition, he was elected with votes of those revolutionaries that are now protesting against him. Does Mursi really represent the Egyptian people? Many are not quite convinced about this. 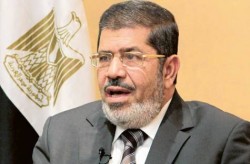 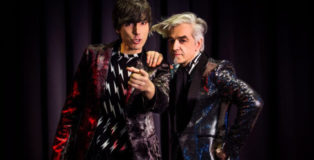